What is a watershed?

What is the Les Cheneaux Watershed? 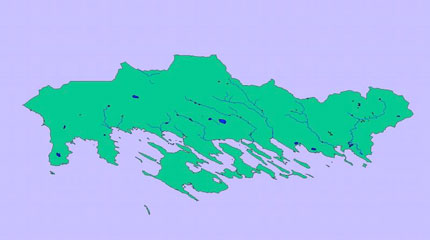 Fortunately, these waters are relatively protected by forest cover, which makes up the majority of the watershed’s land cover (71%). Wetlands also help to protect these surface waters, with at least 16% of the land cover classified as such. The remaining landscape consists of 8% urban, 1% agricultural, and approximately 4% open or barren. The urban concentration is centered in the two villages of Cedarville and Hessel. The watershed falls within three townships, including Marquette, Clark, and Raber townships.

Watershed goals are based on combating pollution sources and causes in order to protect threatened designated uses of water. These goals are broad but declare the end product of eliminating the threats to designated uses.